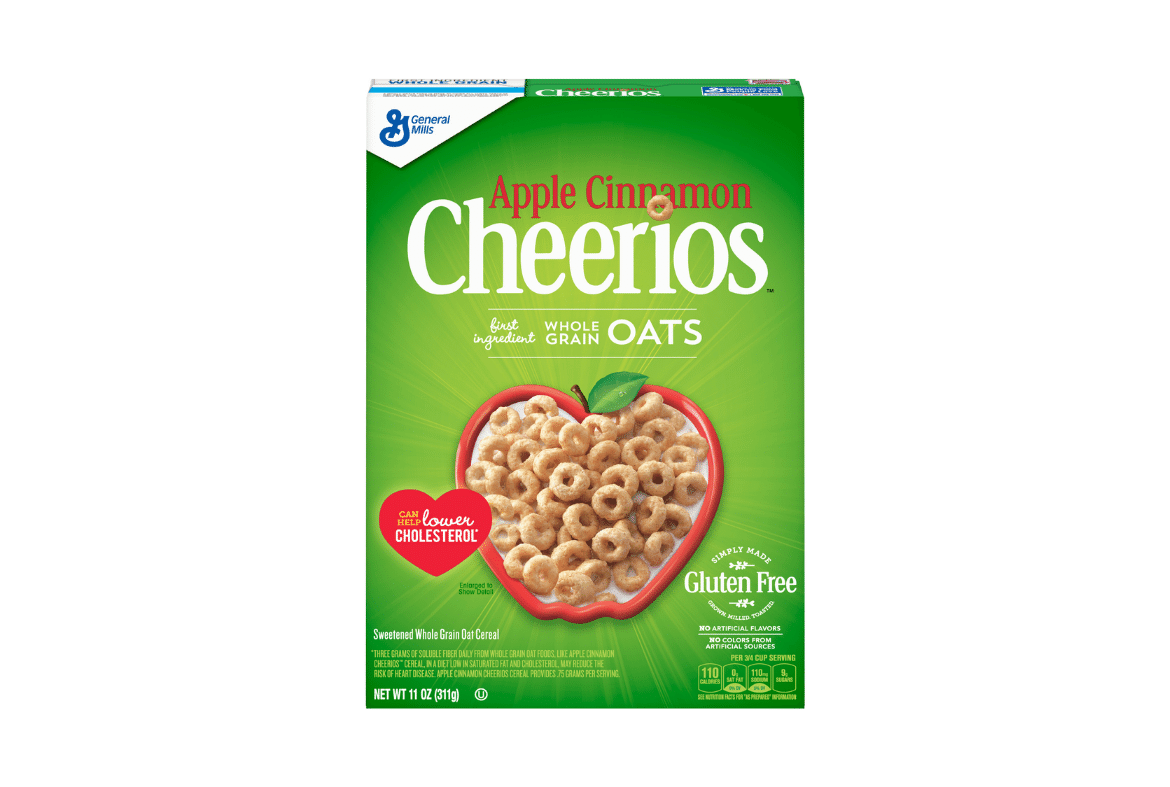 Cheerios have various flavors, allowing you to pick your favorite taste. But many mistrust this cereal, saying it is unsuitable for them since their dietary restriction doesn’t allow consuming such products. But is it true?

This article explains one of the best cheerios flavors, “Apple Cinnamon.” If it is suitable for vegan, vegetarian, gluten-free, and dairy-free diets. Let’s dive in.

About Apple Cinnamon Cheerios and its ingredients

Apple Cinnamon Cheerios is one of the popular flavors of Cheerios cereal, made by General Mills. It is a healthy breakfast made from whole grain oats and flavored with apple and cinnamon, which provides the energy needed to start your day. Also, it is a good source of fiber and low in sugar.

Apple Cinnamon Cheerios are made using the following ingredients.

The answer is NO. Apple Cinnamon Cheerios contain a derived animal ingredient, the Vitamin D3. which is derived from the lanolin in sheep’s wool or fish oil.

So, Apple Cinnamon Cheerios cereal is unsuitable for vegans.

Apple Cinnamon is certified gluten-free. This flavor is free from gluten-containing ingredients.

So, for those who have gluten sensitivity or celiac disease, Apple Cinnamon is a great option for you.

The answer is YES. As previously mentioned, this cereal doesn’t contain any dairy. Good news! For those who have lactose intolerance or Milk sensitivity. You can have this special cereal anytime.

Indeed, Apple Cinnamon cheerios cereal is gluten-free and dairy-free, but it contains a derived animal ingredient, Vitamin D3, which makes it unsuitable for vegans & Vegetarians.