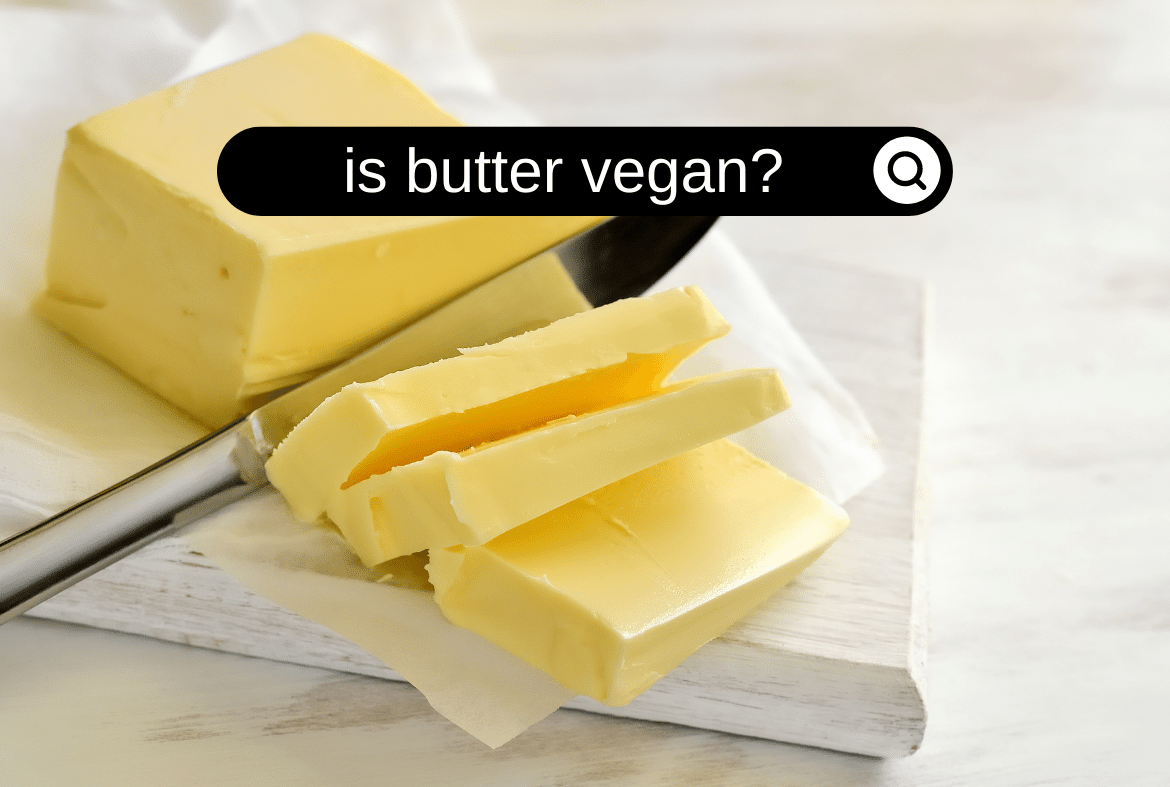 Due to butter’s versatility, it is an ingredient a lot of us will once upon a time have considered a kitchen fundamental. Butter is used in a whole host of various recipes as it helps to add flavor to a range of dishes from cakes, pies, sauces, and fried dishes.

Veganism is a way of life that tries to avoid all forms of animal exploitation. for that a lot of questions waiting for clarification such as is butter vegan? can vegans eat it? In this article, we will go deep and give answers to all questions.

Butter is a dairy product made from fat globules, and protein components of churned cream from crow’s milk. butter can be manufactured from the milk of other mammals such as sheep, goats, and buffalo.

It is a semi-solid emulsion consisting of approximately 80% butterfat. and has much utilization, for example, it is used as a fat in baking, sauce-making, pan-frying, and other cooking procedures. [1]

No, Butter is not vegan-friendly. since it comes from cream, which comes from cows’ milk, it is made by churning cream to separate the fat globules from the buttermilk and vegans do not eat any dairy products, it is clear that butter is not suitable for vegans and should be avoided.

What is in vegan butter?

Vegan-Friendly butter also referred to as plant-based butter, does not contain dairy products, and is a substitute that’s naturally made by mixing water with a plant-derived oil, such as avocado, olive, coconut, palm kernel oil, or a mixture of vegan oils.

These products usually include extra ingredients, such as salt, emulsifiers, colorings, and natural or artificial flavors, to make it as real butter.

Vegan Butter is more similar to margarine, because margarine may contain small amounts of dairy, while plant-based butters does not contains dairy or animal products.