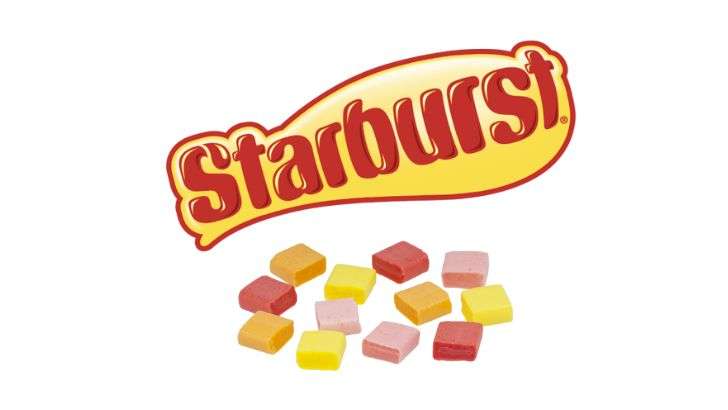 Are Starburst Minis Vegan? Usually, Starburst is related to a theme that can change from person to person Healthy, Vegan, Gluten Free, Low FodMap, Dairy free, and Halal are some of the most common types of frequently asked questions about this pretty candy.

Starburst is a candy that is well-known and loved by many people. It is one of the best candies because it tastes, its taste like the Original packages: orange, lemon, cherry, and strawberry. A wrapped Starburst is. It comes in different flavors Pink, Berrie, Red, Purple, Yellow, and Orange. the resealable bag contains 8 ounces of Starburst Minis Original about 150 pieces.

Now we have covered it as need to be. before answering our main question which is Are Starburst Minis Vegan? Let’s First list the ingredients in order to check them one by one.

So, the ingredients are:

Starburst Minis Vegan? The answer without further ado is a BIG NO. Starbursts minis are not vegan, are made using a derived animal ingredient as previously mentioned in the ingredients section which is confectioner’s glaze.

The confectioner’s glaze, also known as shellac, is a resin secreted by the female lac insect. Shellac is commonly used as a wood varnish and as a coating on candies and on fruit before canning. usually used on sweets and candies, such as taffy, cotton candy, or ice cream.

So, it is unsafe to have them since they are made using a derived animal ingredient that should be excluded from a vegan diet.

Starbust Gummies Vegan? Unfortunately, Starbust Gummies are not vegan since they are made using Gelatin, it’s a translucent and flavorless substance that is often extracted from animal skin. and bones. Below is the full ingredients list in order to get a clear idea

Starbursts Jelly Beans Vegan? The answer is 100% NO, they use Beeswax which is sourced from bees, and Confectioner’s Glaze as we previously mentioned is sourced from shellac.

So, Jelly Beans are unsuitable for vegans & not allowed on a vegan diet.

Are Starbursts Gluten Free? The answer without Further ado is YES, starbursts are made using Corn starch which is derived from corn, a naturally gluten-free grain instead of wheat, Rye, and Barely. which is considered Gluten Free.

Without going into any detail the answer is Yes, starbursts made without using any dairy products also is mentioned in the label ingredients section allergens statements

Starbursts Low FodMap & Ibs Friendly? as we already answer previously starbursts are free from any milk and its derivatives & gluten-free. even that Starbursts are considered high fodmap since they contain some fruit that naturally has a high amount of fructose & Fructans which are Apple & Glucose Syrup.

So, Starbsts are high fodmap

This section is for the vegan candy option or as well vegan alternatives to starburst. the list of 7 options contains a lot of flavors

Starbursts Vegan? definitely, All flavors of Starbursts are not vegan since they are made using animal by-products Gelatin is a translucent, flavorless substance that is often extracted from animal skin and bones. and confectioner’s glaze which is a resin secreted by the female lac insect.